After a week in southern Arizona, it felt good to back in Alaska scrambling to get as much done in Fairbanks as I could before heading for Chicken with 5,000 lbs or more of supplies for the rapidly approaching season. During the day, I connected with Bernie Karl and was invited out to Chena Hot Springs for the evening to have dinner and see Bernie's latest developments, so I left a few items on the list for Sunday morning and headed up up to Chena on a beautiful spring afternoon. The 60 mile drive from Fairbanks to Chena Hot Springs is a delightful drive through mature birch and white spruce stands along the Chena River and it's various tributaries with sporadic views of the surrounding alpine heights and distant Alaska Range. The river and streams are just breaking up with the runoff from rapidly disappearing winter's snow pack and dotted with arriving ducks and a few geese and cranes checking out the newly open waters. 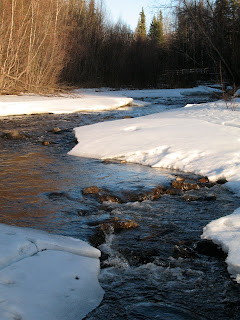 The small lakes and ponds interspersed between the meandering bends of the river are still ice covered with a few preserved moose tracks frozen in time. 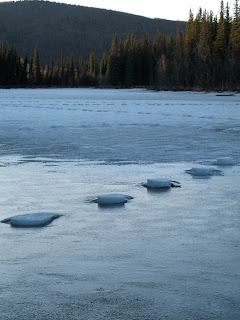 After 30 miles of travel through the Chena River State Recreation area, an area rich in offerings for outdoor enthusiasts, the road ends at Chena Hot Springs (CHS), http://www.chenahotsprings.com/. 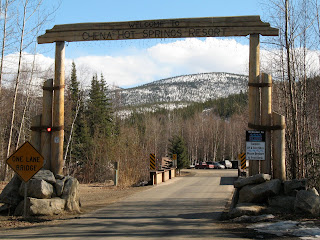 Besides being a great destination for guests wishing to soak in the "healing waters", visit the Aurora Ice Museum (the only year round ice built palace on the globe) and relax in the oldest resort in Alaska, there are a number of research projects in agriculture and alternative energy, mostly tied to the geothermal presence. 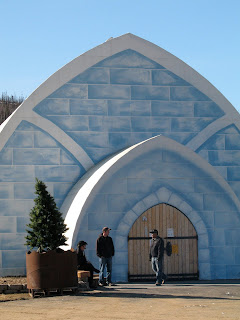 I did not have time to tour the geothermal power plant, or the absorption chiller used to keep the Ice Museum frozen, but did spend some time with Bernie in the greenhouses and checked out his work on LEDs and solar tubes. 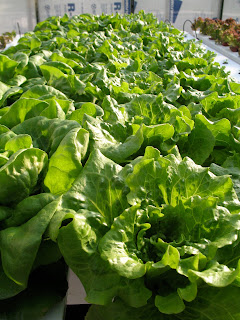 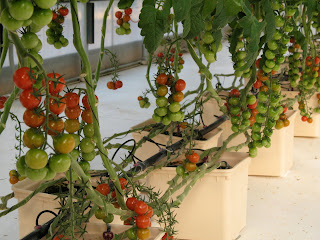 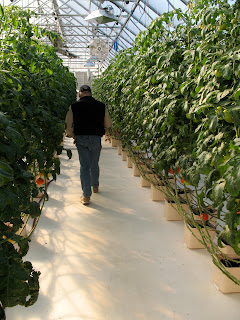 After exploring the incredible green production in the geothermally heated and LED lit greenhoues, I had no choice but to order one of the super salads for dinner. Exquisite! A little over 10 years ago, when I first met Bernie shortly after he and his wife Connie first bought CHS, Bernie  would expound upon his vision for a self-sufficient resort entirely driven by the geothermal local activity. They have come a long way since then not only in direct geothermal applications, but also solar, wind, hydrogen, energy storage and LED research and manufacturing and a few other yet to be revealed pilot projects.
There are not many people who have gone as far out on a visionary limb as Bernie and made it all happen within a decade. Hat's off to you sir! 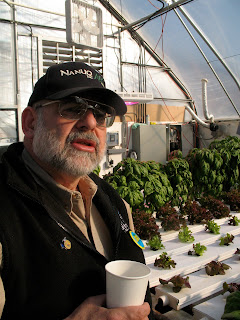